Since 2004, we have monitored the institutional development of the ICC to ensure it utilizes and complies with the Rome Statute requirements and the resolutions adopted by the Assembly of ICC States Parties regarding: gender and geographical representation; recruitment rules, regulations and procedures; financial oversight; budget practices; internal policies including on sexual and other forms of harassment; the establishment and functioning of an Independent Oversight Mechanism; and judicial and other elections of officials to the Court.

Detailed reviews of the institutional development of the ICC can be found within each of the annual Gender Report Cards on the ICC we produced between 2005-2014. See our Gender Report Cards here. We have always paid attention to the institutional and policy developments of the Court in order to ensure that the ICC becomes a credible, effective and independent court capable of delivering gender-inclusive justice.

Statement on the Media Allegations

Presentation to the ICC on institutional accountability

Statement on the budget

An Examination of ReVision & the Registry’s 2016 Budget

Gender and Geographical Representation at the ICC 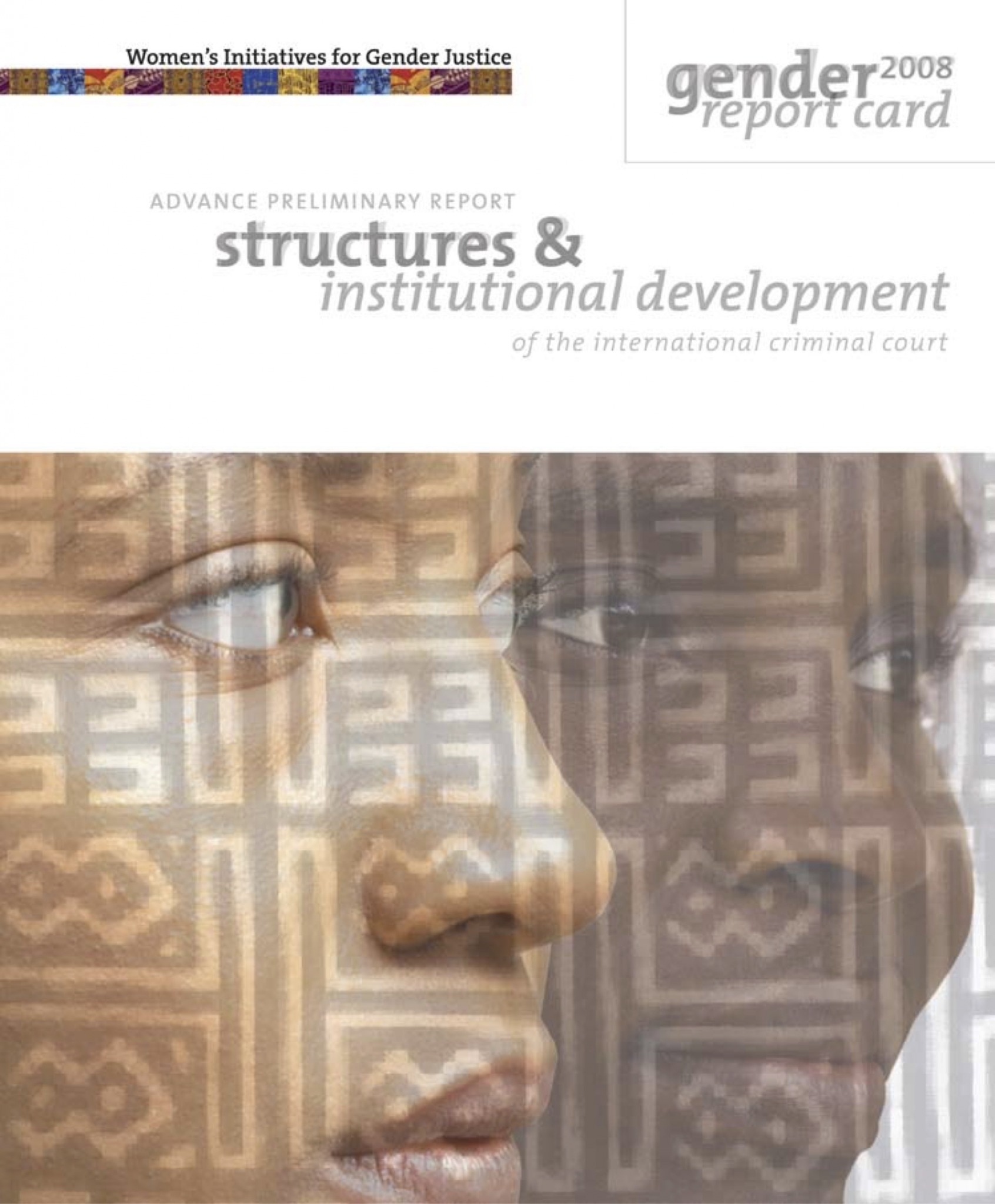