Call It What It Is - Time to Define Sexual Violence 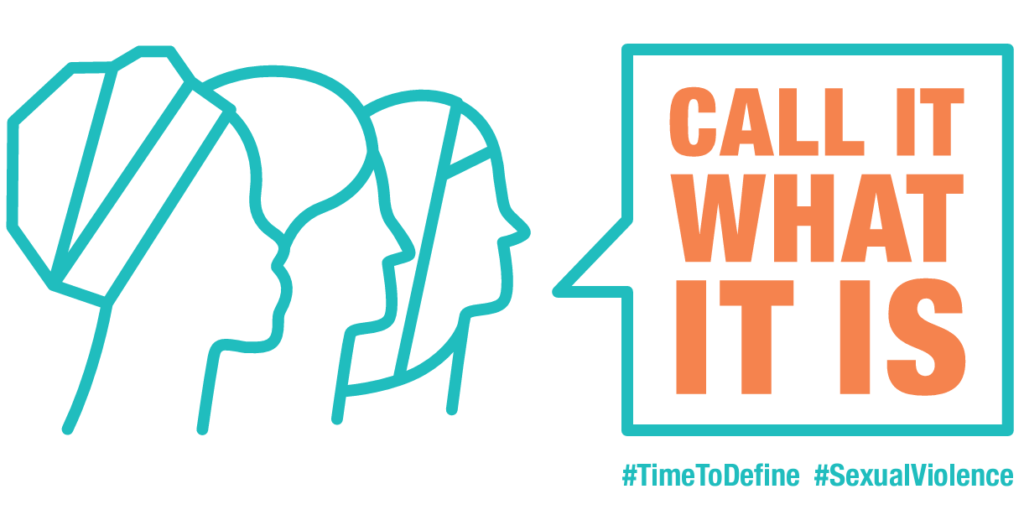 The Call it what it is campaign calls on the collective strength of civil society to give survivors of sexual violence in conflict a voice in shaping contemporary, victim-centric and contextually relevant guidance to international criminal law practitioners on what makes violence sexual. Over the course of 2019, Women’s Initiatives for Gender Justice will bring together civil society actors to spearhead a Civil Society Declaration, that will serve as a vital reference point for international law practitioners on what makes violence sexual. The Declaration will be victim‑centric, forward-thinking, inclusive, culturally-sensitive, and responds to the realities around the world today. Importantly, the Civil Society Declaration will be extensively informed by input from survivors of sexual violence, and ultimately help to ensure a better reflection of the harm suffered by victims of sexual violence in conflict at all stages of international criminal law procedures.

The Civil Society Declaration will contain:

A broadly endorsed Civil Society Declaration will be presented to the International Criminal Court (ICC) at the end of 2019.

2019 is a crucial year to Call it what it is. Sexual violence in conflict is relevant in the three cases (one from Mali and two from the Central African Republic) moving to the confirmation of charges stage at the ICC this year. Also, sexual violence in conflict is pervasive in a majority of the 10 situations under preliminary examinations and 11 situations under investigation by the ICC Prosecutor.