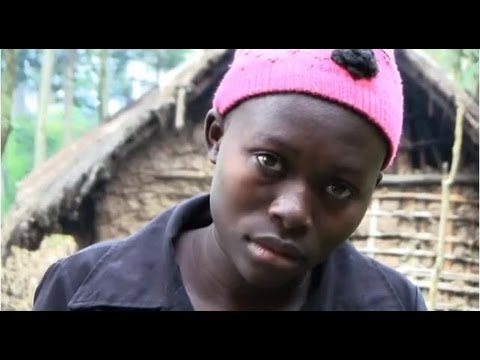 Our Voices Matter, co-produced by the Women’s Initiatives for Gender Justice and six local DRC partners in collaboration with WITNESS, features interviews with women victims/survivors of rape and other forms of sexual violence from North Kivu, South Kivu and Province Orientale. Through their testimonies, this advocacy film highlights the multiplicity of perpetrators operating in Eastern Democratic Republic of the Congo (DRC), the lack of accountability for these crimes, and the medical services, psychosocial assistance and economic support urgently needed by victims/survivors.

Testimonies featured in this film include Elisabeth, who was told by the police that she could not have been raped by the Congolese Army because she was ‘too old’; Riziki, a 17-year old school girl raped by several FDLR militia members who now lives with a physical disability after also being shot during the attack; and Chantal, a young girl abducted and raped by LRA rebels who describes the violence and trauma she experienced and witnessed. Our Voices Matter is a call to action to the Congolese Government to provide victims/survivors with the necessary medical and economic assistance, ensure domestic accountability for perpetrators, and increase their cooperation with the ICC. The film also calls upon the international community to support initiatives to prevent these crimes in the DRC, ensure the protection of women and girls and support ICC prosecutions.

While existing laws in the DRC criminalise sexual violence, perpetrators are rarely prosecuted and impunity is common. In addition, the scale of the ongoing violence in Eastern DRC including the widespread commission of sexual and gender-based crimes, along with the stigma associated with these crimes and the limited availability of medical and support services for victims/survivors, contributes to a culture of lawlessness, poverty and trauma.

Our Voices Matter demonstrates the ways in which these factors disproportionately affect women and girls.

Our Voices Matter is a part of a larger video advocacy initiative launched in 2010 between the Women’s Initiatives for Gender Justice and WITNESS in which more than 30 partners of the Women’s Initiatives have been trained in video advocacy. The project has produced six gender justice films highlighting sexual and gender-based violence and other gender issues in relation to several armed conflicts, fragile states and post-conflict environments.

Five of the six countries selected for the video project currently have situations under investigation by the ICC- Uganda, the DRC, the Central African Republic (CAR), Sudan and Kenya. They are also countries in which the Women’s Initiatives has extensive domestic peace and justice programmes and well established partnerships with a large number of grassroots women’s rights and peace advocates, networks and organisations.
In addition to Our Voices Matter, other videos in this series include No Longer Silent (Uganda), Our Plea (the CAR), Bridging the Gap: Reinforcing Gender Desks in Nairobi (Kenya) and a Sudan video (unnamed for security reasons). The documentary on bride-kidnapping in Kyrgyzstan is currently in post-production.

The Women’s Initiatives for Gender Justice has 147 organisational and network partners and members in Eastern DRC, as well as three focal points in Province Orientale, North Kivu and South Kivu.

In 2006, the organisation conducted its first two documentation missions in the Ituri district in response to the exclusion of charges for gender-based crimes from the ICC case, The Prosecutor v. Thomas Lubanga Dyilo. On the basis of this documentation, in 2006 the Women’s Initiatives submitted a dossier to the Office of the Prosecutor which details 51 interviews with victims/survivors of sexual violence of which more than 30 of those interviewed alleged the crimes were committed by Thomas Lubanga’s UPC militia. In November 2006, the Women’s Initiatives became the first NGO to file before the ICC, highlighting the limited justice to be provided for Ituri-related victims of a case based on narrow charges and arguing for investigations into gender-based crimes.

In 2012 and 2013, the organisation filed again in the Lubanga case to highlight ways in which reparations ordered by the ICC should address the particular experience of women and girls, including victims/survivors of sexual and gender-based violence.

Read more about the DRC Situation and cases in the eLetter Legal Eye on the ICC and in the annual Gender Report Card on the ICC.

The Women’s Initiatives for Gender Justice DRC programmes, in collaboration with local partners, include:

Read more about these programmes in our eLetter Women’s Voices and in In Pursuit of Peace | À la poursuite de la paix.