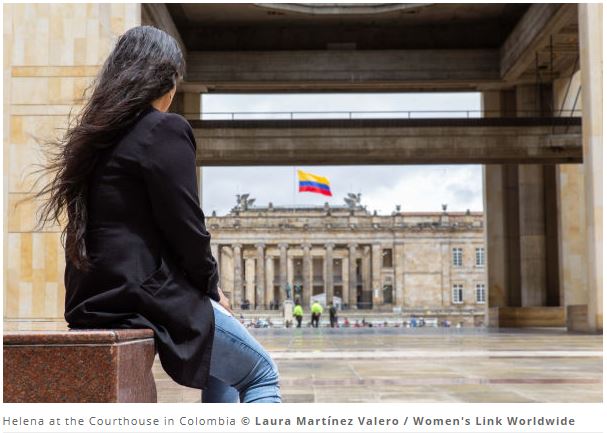 In a December 2019 decision, the Colombian Constitutional Court recognised reproductive violence, in the form of forced contraception and forced abortion, as a distinct form of harm committed during conflict. The decision sets an important legal precedent in recognising that victims of sexual and reproductive violence within armed groups are victims of armed conflict.

On 7 August 2019, Women’s Initiatives submitted an amicus brief to the Constitutional Court of Colombia in the case of Helena (pseudonym), victim of forced displacement, forced recruitment and forced abortion inside the ranks of the extinct FARC guerrilla. The case was brought before the Court by Women’s Link Worldwide, seeking reparations for Helena as a victim of forced abortion as reparations were previously denied.

On 11 December 2019, the Constitutional Court recognised Helena’s status as a victim and granted her access to the reparations measures mentioned in the Victims and Land Restitution Law (Ley 1448 of 2011). The Court held that the Unit for Attention and Reparation of Victims violated Helena’s rights as a victim and failed to acknowledge that Helena underwent forced abortion and forced displacement. Please find the full decision here and a summary here (both in Spanish).

For a more comprehensive discussion of the importance of the case, please see the related blogposts on IntLawGrrls and Opinio Juris.