Our Plea: Women and girls from the Central African Republic call for justice 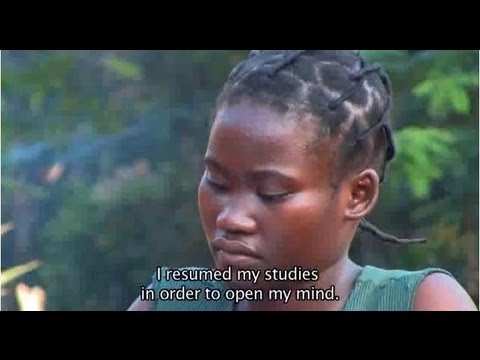 Our Plea, co-produced by the Women’s Initiatives for Gender Justice and Jeunesse Unie pour la Protection de l’Environnement et le Développement Communautaire (JUPEDEC), a local partner, in collaboration with WITNESS, features the testimonies of two young women, Lea and Joelle, who were abducted by the Lord’s Resistance Army (LRA) in the South-Eastern provinces of the Central African Republic (CAR).

The interviews reflect the experience of many communities in the CAR and the Great Lakes Region regarding the crimes committed by the LRA including the pillaging and destruction of villages, and the torture, rape and enslavement of children and adults forced to fight for the LRA and to become a part of this militia.

In Our Plea Lea and Joelle describe their experiences within the LRA, their lives following their return to their communities and their efforts to start over.

In 2005, the ICC issued arrest warrants for Joseph Kony, leader of the LRA, and four other senior LRA commanders for crimes against humanity and war crimes committed in Northern Uganda, (see arrest warrant here). In addition to their activities in Northern Uganda, the LRA has also been active for many years in Southern Sudan. In 2006, the LRA agreed to a ceasefire and entered into peace talks with the Government of Uganda. Subsequently, the militia group removed itself from Uganda and increased its operations in several neighbouring countries including the CAR and the Democratic Republic of the Congo (DRC).  Since 2009, the Women’s Initiatives and its local partners have advocated for the ICC to extend its investigations into crimes committed by the LRA in the Great Lakes Region including the CAR, the DRC and South Sudan.

Our Plea is a strong call for the ICC to consider further investigations into alleged LRA crimes committed in the CAR and elsewhere, and to the CAR Government to provide urgent medical, psychosocial and economic assistance for the rehabilitation and reintegration of LRA victims/survivors, especially girls and women including those returning with children born as a result of rape and sexual enslavement.

Our Plea is a part of a larger video advocacy initiative launched in 2010 between the Women’s Initiatives for Gender Justice and WITNESS. The project will produce six gender justice films highlighting sexual and gender-based violence and other gender issues in armed conflicts, fragile states and post-conflict environments.

Five of the six countries selected for the video project currently have situations under investigation by the ICC- Uganda, the DRC, the CAR, Sudan and Kenya. They are also countries in which the Women’s Initiatives has extensive domestic peace and justice programmes and well established partnerships with a large number of grassroots women’s rights and peace advocates, networks and organisations.
In addition to Our Plea,other videos in this series include Our Voices Matter (DRC), No Longer Silent (Uganda), Bridging the Gap: Reinforcing Gender Desks in Nairobi (Kenya), and a Sudan video (unnamed for security reasons). The documentary on bride-kidnapping in Kyrgyzstan is currently in post-production.

The Women’s Initiatives for Gender Justice has been working in the CAR since 2005 and the following year we held our first meetings and consultations with local women’s rights organisations and victim/survivor groups.

In July 2009, the Women’s Initiatives was accepted as amicus curiae by the International Criminal Court (ICC) in the case of Prosecutor v Jean-Pierre Bemba Gombo, to submit observations on the decision issued by Pre-Trial Chamber III to dismiss charges of rape as torture along with other charges relating to gender-based violence in the confirmation decision.  Read more in the Gender Report Card 2009 and Legal Eye on the ICC eLetter August 2009 and July 2009.

In November 2009, the Women’s Initiatives held the Women, Peace, Justice, Power workshop in Bangui for 40 local women’s rights and peace advocates. The four-day workshop provided participants with an update on the Bemba case as well as information about the ICC including the assistance mandate of the ICC Trust Fund for Victims. Following the workshop, women’s organisations, advocates from the youth sector and victim/survivor networks organised a public march of over 2,000 women calling for accountability, implementation of the reconciliation agreements and assistance to victims/survivors.