Karim Khan elected next Prosecutor of the ICC 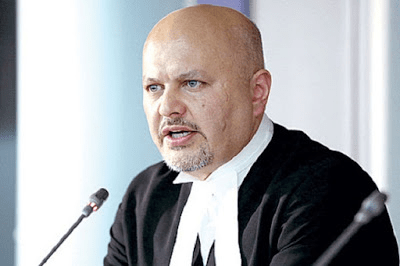 On Friday 12 February 2021, following a nearly 18-month identification and selection process, the Assembly of States Parties (ASP) to the Rome Statute elected Mr Karim Khan as the next Prosecutor of the International Criminal Court (ICC). Mr Khan was elected with 72 ballots after a second round of voting.

When Mr Khan starts his nine-year term on 16 June 2021, he will be the third Chief Prosecutor of the ICC since the entry into force of the Rome Statute in 2002. Mr Khan, a British barrister, currently leads the UN Investigative Team to Promote Accountability for Da’esh/ISIL crimes (UNITAD) and previously worked as a Prosecution Lawyer at the UN International Criminal Tribunals for the Former Yugoslavia (ICTY) and Rwanda (ICTR) among others.

Women’s Initiatives for Gender Justice welcomes Mr Khan’s election and stands ready to assist him continuing to “ensure a systematic application of its policies concerning traditionally underreported sexual and gender-based crimes,” as undertaken in the current Strategic Plan for the ICC Office of the Prosecutor.

“We congratulate Mr Khan on his election and look forward to engaging with him to advance the Court’s role as a catalyst in advancing the creation of a strong body of law and jurisprudence on sexual and gender-based violence at the international level.” said Melinda Reed, Executive Director of Women’s Initiatives for Gender Justice.

By developing a Policy Paper on Sexual and Gender-Based Crimes and bringing SGBV charging to the fore of the OTP prosecutorial strategy, the current Prosecutor Ms Fatou Bensouda has made fundamental advances in the field of gender justice. Women’s Initiatives encourages the next Prosecutor to carry forth this commitment.